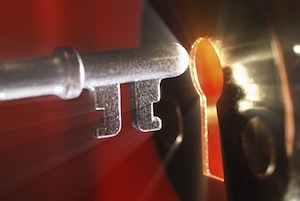 For many executives and professionals, identity and self-worth are defined by the work they do. So what happens when you no longer hold the position that defines you; when you’re made redundant because your company has been acquired by a larger entity and you’re subsequently let go, or when your position is outsourced overseas?

Any of those scenarios can be like a sudden earthquake, rocking even the most confident executive to the core, not to mention being a huge blow to the ego and leaving even the best and brightest questioning their desirability in today’s competitive job market.

For example, I worked with a former corporate president who was going through a career transition. When I suggested he network with other presidents and CEOs he said, “why would they want to talk to me, I’m not the president of anything any more?” To which I responded, “I see, so all of your past knowledge of running a company has just evaporated and you have no experiential advice or wisdom you can impart to anyone?” After thinking about this a moment, his eyes brightened, he sat up straighter and he was able to rethink his approach to his career transition and networking.

Remember, as an executive, you bring a wealth of knowledge and experience to any discussion. When you reach out to fellow executives to network, you’re reaching out as a peer, an equal, someone with whom a conversation can be mutually beneficial. This enables you to approach networking from a position of strength and confidence. So, the key to executive networking is to remember your self worth, to remember that you are not your job, and to approach it as a peer to peer meeting or discussion.