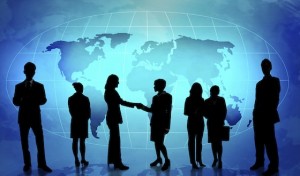 Over the years, countless executives have said to me that all they need to do is get the interview and they’ll land the job. Really? If everyone feels this way, including your competition, how can it be true?

I’ve worked with hundreds of very capable and competent executives over the years who excel at improving profits and stakeholder value, enhancing operating efficiencies, reducing costs, launching successful start-ups, orchestrating turnarounds, and myriad of other complex competencies, but for many, they’re just not that great at communicating that information.

Just because you’ve excelled in your executive role does not necessarily translate into being a stellar communicator. Case in point, who can forget BP CEO, Tony Hayward’s famous words regarding the 2010 Gulf oil spill, “There’s no one who wants this thing over more than I do. You know, I’d like my life back.” A PR nightmare, he took a beating in the media for those words at a critical time for his company.

That’s just one very public example that illustrates even C-suite executives can use some coaching to brush up on their communication skills. interviewing, whether it’s with the media or for a job is a skill in and of itself. When it’s for a job, interviewing involves effectively communicating your strengths while avoiding highlighting any weaknesses and like most skills, it’s something that improves with practice.

I frequently work with clients who epitomize the saying “you don’t know what you don’t know.” What I mean is, frequently clients don’t realize that how they’re answering a question is not furthering their own cause until they’re role playing with me and I point out how their answer plays and a better way to frame it.

The bottom line is if you want to ace that job interview, put some time and effort into your preparation. Do some role playing with a seasoned coach who can help polish the diamond in the rough that may be your rusty interviewing techniques.