The phone screen has become a rite of passage for someone making a career transition. Before a recruiter decides to advance your resume to his or her client, before an HR professional sends you to the hiring manager, before a hiring manager takes the time to meet with you in person, there has to be a phone interview.

A common mistake made by job seekers is not taking the phone interview seriously enough. How do you prep for a phone interview? The same way you would get ready for a face to face encounter. Research the company, prepare to answer questions about your background complete with anecdotes, and have questions ready for the interviewer.

The disadvantage of a phone interview is you don’t have the visual cues like body language to see how your answers are going over. But there are some benefits. You can have notes in front of you that highlight your successes and why you’re a perfect fit for the position. In addition you can have your own questions written out so you don’t forget to cover everything.

Another thing you can do on a phone interview that you can’t do in person, without looking mildly insane, is to smile and stand up while you’re speaking. Smiling and standing dramatically improve your delivery. Smiling adds a positive energy to your voice while standing adds more power. They’re two simple tricks, but if you’re doing them and your competition isn’t you’ll be the stand out candidate. 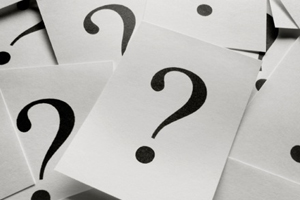